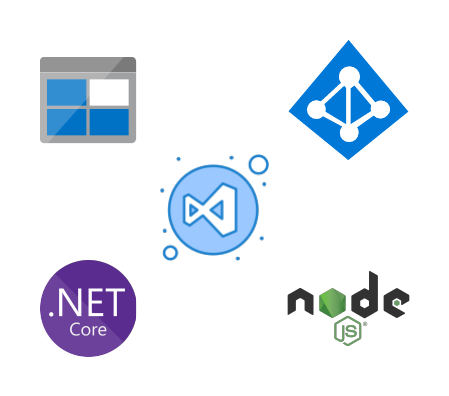 Within the last year or so, Azure Storage finally received support for Azure AD authentication. More secure access and less credentials to manage, sounds like a no-brainer to me.

Blob Storage is one of the fundamental services of Azure that have existed since day one. Azure just turned ten years in Feb 2020 so you can do the math. It’s a PaaS offering that keeps on evolving constantly. Other public cloud platforms have similar services, it’s one of those basic building blocks you cannot cope without when building applications to public cloud. There’s been an increasing amount of reports on ransomware from companies who’ve failed to protect their data properly. Microsoft has been investing heavily to make Azure’s services as secure as possible. As a result, Azure Storage finally received proper support for Azure Active Directory access control late last year. Before you had to always play around with Storage Account’s own credentials. Now you can use AAD backed RBAC for more granular data access permissions, have full audit trail for it’s access logs and utilize MSI for auth in the apps hosted in Azure interacting with Azure Storage which means less application secrets to worry about.

I’m not a big fan of application credentials myself. I like to take advantage of Managed Identities and/or Azure AD service principals whenever possible and let Azure AD handle the security for me. This feature came a bit late when comparing to other major competitors (AWS, GCP) but now that it’s there you’ve got no excuse for not using it. Microsoft is strongly encouraging the use of Azure AD credentials whenever interacting with Azure Storage.

I’ve been working on a personal project of mine during the last couple of weeks and had the change to try this out both with Node.JS as well as .NET Core. There’s good client libraries available for both of them, which is not a surprise really as they’re both first class citizens in Azure.

I prefer to use VSCode in projects as it’s well suited for cross-platform development. It also offers excellent tooling for debugging and there’s tons of good extensions available.

Here are my recommendations for VSCode extensions:

For local environment variables, keep it simple and use .env file. This ensures that dev environment can be run locally even without VSCode or specific OS. It also makes your app easy to containerize, which should be your primary method for hosting it.

The official Azure Identity library from Microsoft has this concept of DefaultAzureCredential. It gives you an easy way to handle Azure AD authentication from your code. The way this library works is that it first tries to look for Service Principal credentials from the host’s environment variables. If they’re not found it tries to fallback to host’s managed identity as an authentication source. It’s pretty cool, does all the heavy lifting for you.

The hardest part is actually configuring the prerequisites in place:

The first two steps are explained in MS documentation here. I have a script which automates these.

As the third step, save the credentials to a local environment file .env in the root of your app:

After this you just have to make sure the environment variables are passed in properly in your app’s startup. In Node.JS you can use the dotenv package on npm. In .NET Core the best way to do this is using dotenv.net from NuGet.

This example is based on a console application. That’s where most of us .NET devs usually start with when testing our code :)

Modify Program.cs to print out all container and blob names in the given storage account:

You can also find an example from MS documentation.

There are also use cases where one needs to create a SAS token for a container or blob on the fly. This is achieved using a concept called user delegation SAS. This enables us to authorize creation of SAS token using Azure AD credentials instead of the account key which gives full access to your Storage Account and that should be protected at all cost.

In .NET Core this is very straighforward - you just acquire the UserDelegationKey:

Microsoft has done a really good job on these latest Azure SDKs. It was very straightforward to get started with using the blob storage client libraries for both languages. I like the idea of using common practises like local .env files and DefaultAzureCredential makes it so easy to handle the AAD authentication part under the hood. So far I’ve been using purely the service principal credentials but I’ll test this soon also using Managed Identity in Azure service.